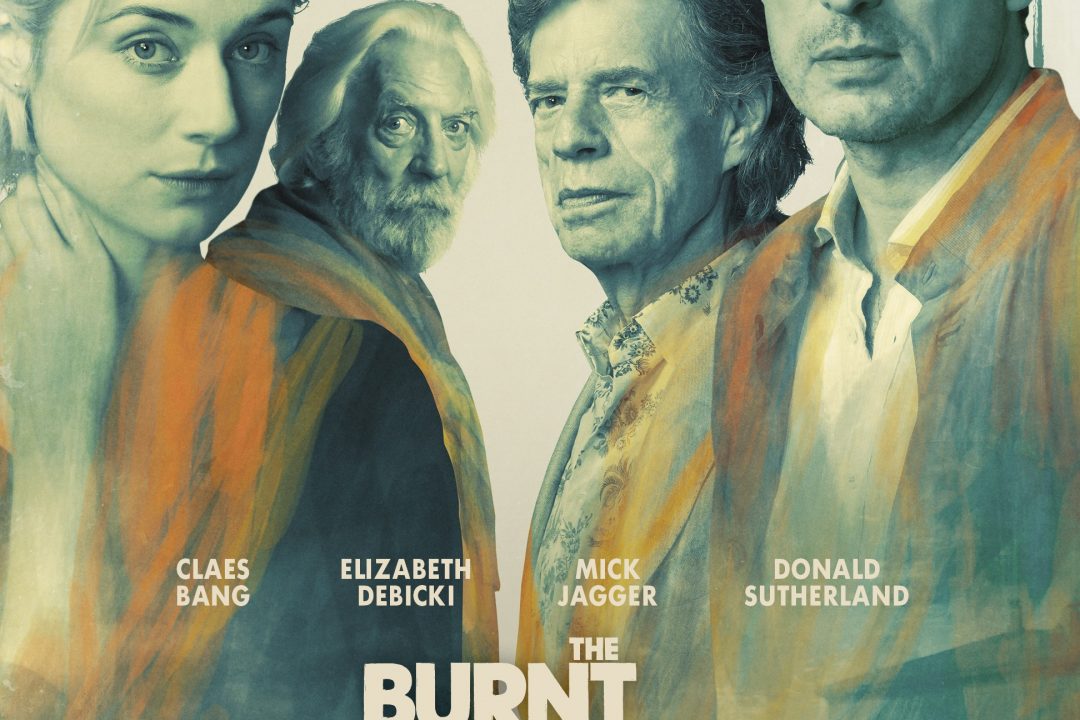 The Burnt Orange Heresy music score by Craig Armstrong sets the stage for the adaptation of Charles Willeford’s 1971 neo-noir novel of the same title — an ideal storyline for thrill-seekers who long for a dark and contemplative plot. While thrillers are typically not my genre of choice, The Burnt Orange Heresy leads you on a rollercoaster ride filled with charm, passion, aggression, greed, and obsession, which unequivocally satisfies your hunger for suspense. Amidst a sprawling Lake Como estate, the beauty of the landscape and the opening scenes suggest tranquility, but then the dark character traits emerge.

As the movie opens, the flirtatious and elegant Berenice Hollis, a teacher touring Europe, strolls into James Figueras’ boastful art lecture. After Figueras wraps up his presentation to a group of attentive tourists, the pair engages in banter that ignites a brief but memorable encounter. The storyline focuses on Figueras as he loses control of his voracious hunger to steal a rare painting.

Wherever you choose to watch The Burnt Orange Heresy, be prepared for the unexpected shift back and forth to the edge of your seat throughout the film. Figueras begins to unravel from the moment wealthy art dealer Joseph Cassidy summons him to his villa on Lake Como.

A Glance At The Characters

Most of my acquaintances, over the age of 30, have heard of Donald Sutherland. He is an emotive actor, with his movies running the gamut from comedic to intense drama. As a lifelong fan, his acting in this movie did not disappoint. Sutherland plays Jerome Debney, an influential yet abstract icon of the art world. Music legend, Mick Jagger, delivered his sinister part as the wealthy art dealer, Joseph Cassidy, with finesse and spine-chilling aura in his first significant role since his 2001 The Man From Elysian Fields.

The Burnt Orange Heresy is film director, Giuseppe Capotondi’s second feature film on the heels of more than 250 TV ads and music videos to date during his career. He won several international awards including the D&AD and Cannes, Lion. Scott B. Smith (A Simple Plan) wrote the screenplay. David Zander (Spring Breakers), William Horberg (The Talented Mr. Ripley, Cold Mountain) and David Lancaster (Whiplash, Nightcrawler) produced the film. The Burnt Orange Heresy premiered at the 2019 Venice and Toronto Film Festivals and will open in U.S. theaters on March 6, 2020.

The Burnt Orange Heresy paints its own conclusion that will surprise you in the most unexpected way. Be sure to pay close attention to the nuances in each scene.

The film is Rated R and parental discretion is advised.

Many thanks to Sony Pictures Classics and its entities for inviting me to screen The Burnt Orange Heresy.

Visit Sony Pictures Classics website to watch the trailer or read more about the film.