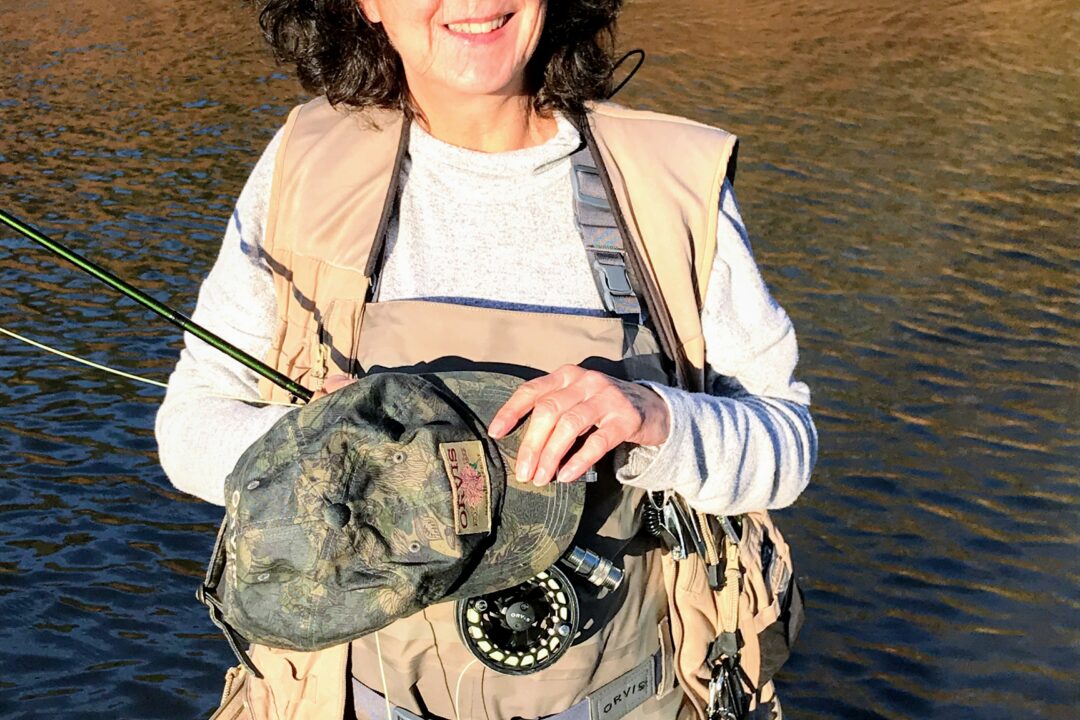 On the Water in Northeastern Pennsylvania

Fly-Fishing in Pennsylvania is a weekly summer journal that highlights my most recent efforts to learn to fly fish.

Fly fishing became one of my all-time favorite hobbies about eight years ago after my brother died. He was an avid fisherman and fly fishing brought me comfort and helped with the grieving process. Is my brother making fun of me and criticizing my cast? I’m sure he is.

The most successful anglers I know told me that fly fishing is a life-long learning process. Fly-Fishing Weekly brings you a mix of the best-of and not-so-good days on the water.

Patience is as important as skill. Fly-fishing in Pennsylvania sheds a positive light on the sport. Follow my journey here every week during the summer for tales from the water.

Several years ago, I met a seasoned angler, Jim, while I was wading in the Delaware River. Jim has fished since he was a child. I whined a bit to him that day. Afterward, I was embarrassed because I know not everyone catches fish every time but I needed to let go of my negative emotions so I could move on to a more positive attitude. Letting go was one way to remove my mental barriers.

I didn’t catch anything today, I told him.

His reply, “There are weeks when I don’t catch a fish. It’s not always a particular technique that dictates if you catch a fish. Water temperature and water level play a major role in whether the fish are biting or not. And of course, you also need to consider the fly you’re using.”

He’s correct, at least as far as I can tell. Overall, my technique has immensely improved thanks to practice, an Orvis Fly-Fishing 101 class, and guidance from my fishing friends. Almost eight years into fly fishing, I can roll cast and select a fly that’s somewhat palatable to the fish. That’s a definite improvement.

Hot summer days are problematic. Wading in cool water is a fisher’s delight but the trout, notably a cold water species don’t agree.

The last time I was out on the water – yesterday – fish were rising but unfortunately, did not take any of the flies I threw out. I began with a small nymph and three to four minutes later, I discovered my hook was caught on an underwater branch or it was stuck to the side of a rock. After breaking the line free, I noticed my fly was gone.

When in doubt, I resort to my favorite flies, an elk-hair caddis pattern or a blue-winged olive. Woolly Buggers are an option but they tend to plop, rather than quietly land on the water. I’m working on casting streamers.

Two weeks ago, I brought my oldest son along on a two-hour evening trip to the Lackawanna River, a tributary to the mighty Susquehanna River. The water level had dropped significantly from last week but fishing conditions were nearly perfect. NO FISH!

Typically, by the end of June, the water temperature rises as the rainy days of June disappear. Fly fishing in Pennsylvania is challenging to say the least. Here we are in July, the hottest and most humid month of the year in Northeastern Pennsylvania, with a jump in our air temps to 85 to 90 degrees for several days at a time.

Today, my friend Amy and I met along the Lackawanna River. Amy arrived about an hour before me and had already moved upstream from where we planned to meet. She caught three or four fish in an hour but by 10 a.m., the sun was bright and only a few shaded areas remained along the banks. We were optimistic we’d see some fish rise and we did but again, they weren’t interested in our flies. Once Amy and I commence with fishing, we don’t want to stop.

We ended our afternoon perhaps a bit discouraged but the diehard angler never completely gives in to frustration. After all, there are six more days this week.

Fly fishing in Pennsylvania is as much about learning where to fish as it is about technique. Plan your trip with this guide to Pennsylvania waterways. Find the best places to fly fish.

Happy fishing to you!